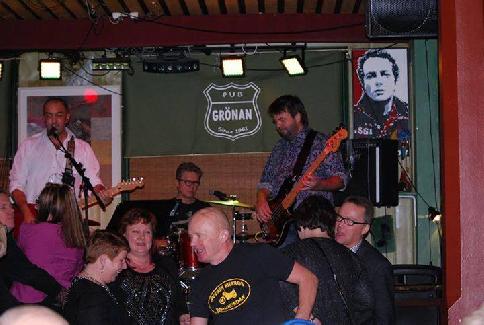 Brass Monkeys are rock band based in the Helsinki area. All three are highly skilled multi-instrumentalists.
Brass Monkeys look deeper into the songbook and present their interpretations of some often overlooked material. Their sound is so full and varied that it’s often hard to believe that it’s only three guys playing.
Steve Smith from the UK (guitar/vocals) has toured extensively in Europe and The Americas, both as a solo artist and as a member and leader of bands such as The Pumping Nads, Fuaim, The Diggers and Crunchy Frog.
Jukka Loikala (bass) was one of the founding members of Peer Günt and has played in Libido, The Jalo Walamies Band, Dogbone.
Kimmo Kosenius (drums) has played in Lomax, Claudia Cardinale, Busters, Doctors Special, Woude, Hevospistooli, Wow-Dees, Mailroad, Fuckin´ Hippies, Trouble, Problems?, and Burning Desire.